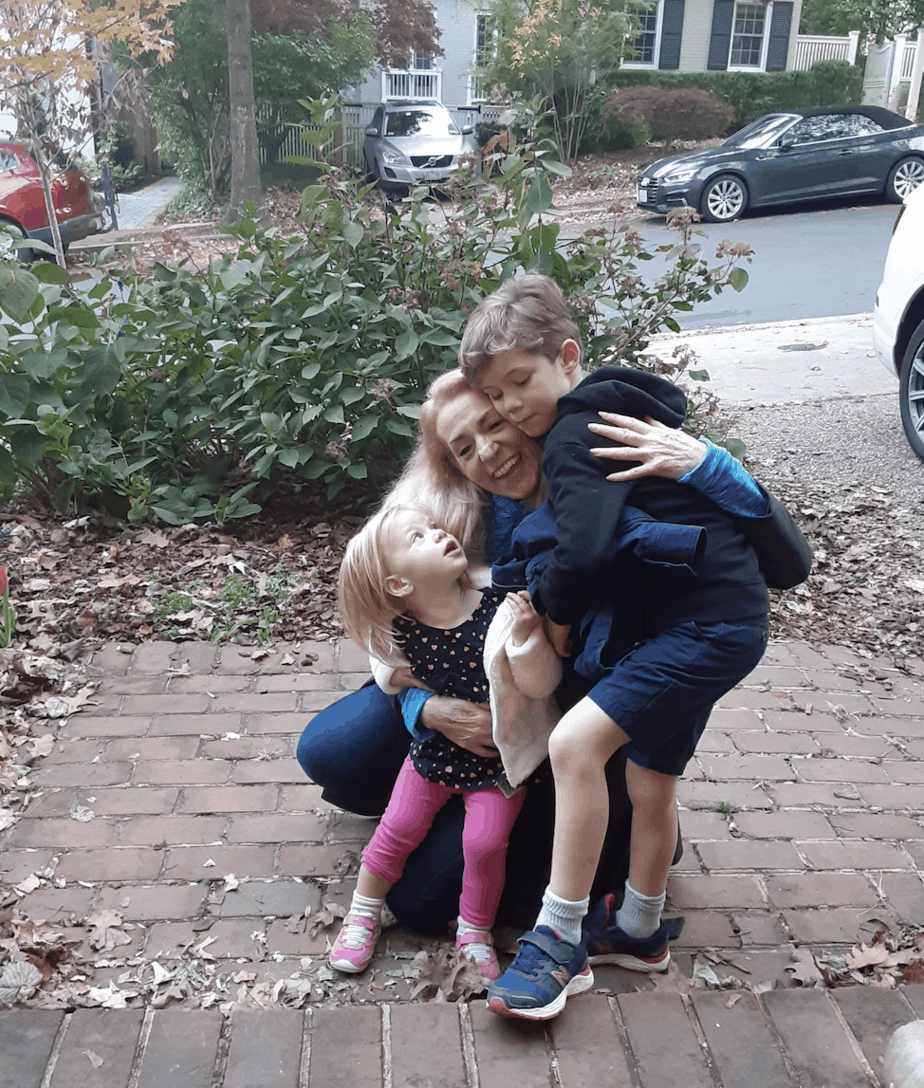 Beth with her grandchildren, Sasha and Charlotte
(June 2020) 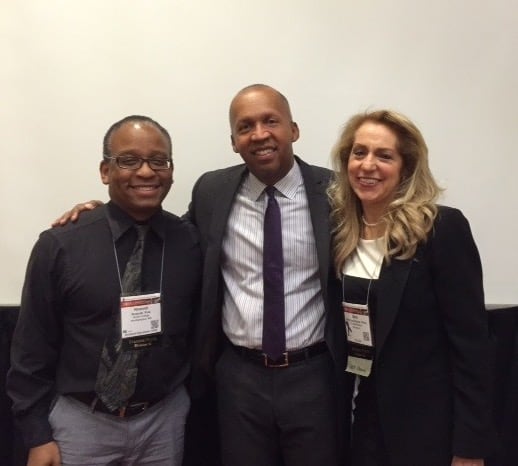 Beth with her daughter, Symi Rom-Rymer, on the occasion of Beth's receiving a Presidential Citation for her outstanding leadership APA Council Meeting
(February 2015) 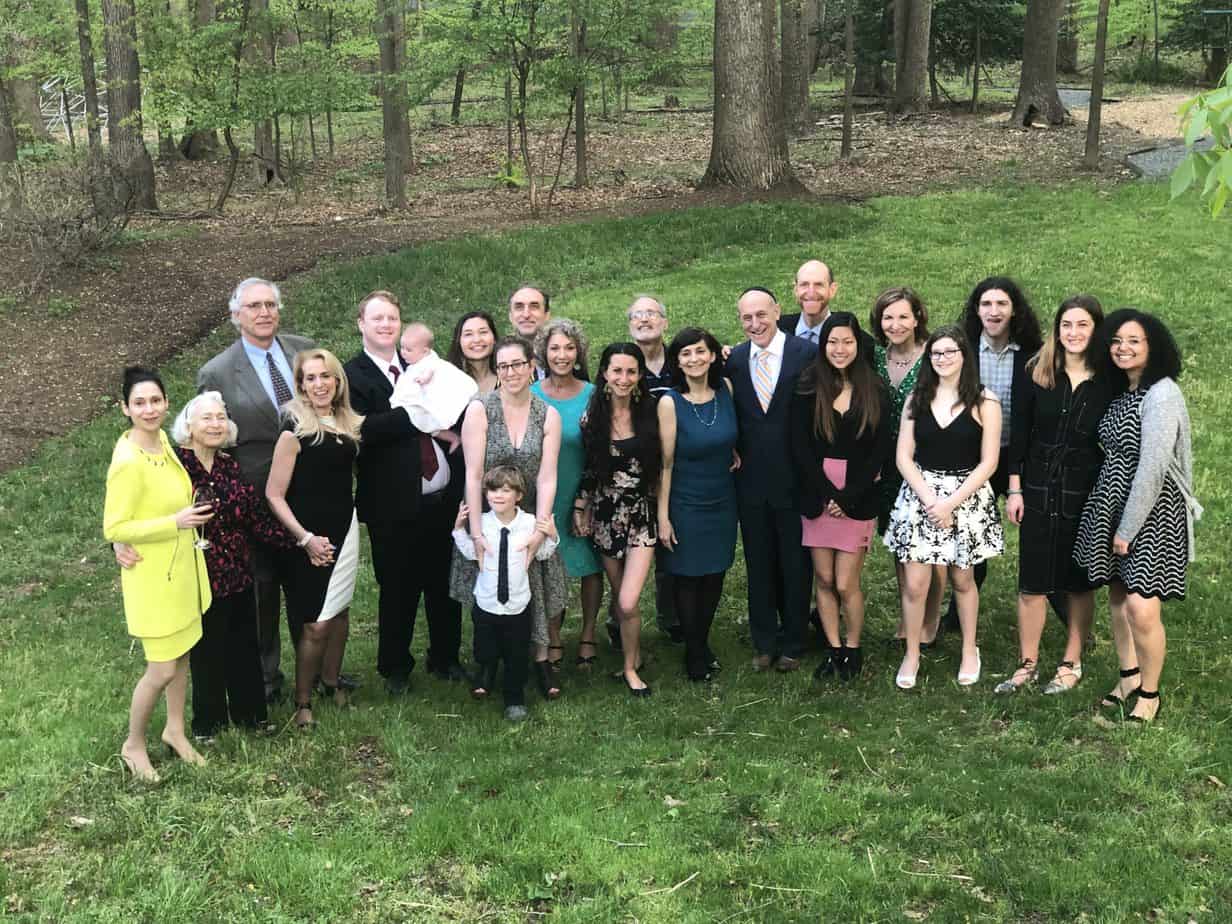 Beth N. Rom-Rymer, Ph.D. has been a pioneer throughout her life. She was in the first class of women at Princeton University, graduating in 1973.  Dr. Rom-Rymer created the Victim-Witness Assistance Unit in the State Attorney's Office, Tallahassee, Florida, in 1977, where she worked on the Ted Bundy serial murder case, 1978-1979. During that time, she also co-founded and was the first Board president of Refuge House, a shelter for surviving families of domestic violence in Tallahassee, Florida. Refuge House will celebrate its 43rd anniversary in 2021.

Dr. Rom-Rymer is one of the psychologists who created the field of forensic geriatrics in 2000, testifying, nationally, in cases concerning the sexual abuse of older adults in nursing homes and writing book chapters about the role of the forensic psychologist in geriatric settings. Foreseeing the critical need for comprehensive mental health prescribers, Dr. Rom-Rymer undertook training in Clinical Psychopharmacology during the 1990's and became a national leader in the advocacy for psychologists' prescriptive authority, when she was elected the fourth president of the fledgling APA Division 55 (Pharmacotherapy) in 2004. As President of the Illinois Psychological Association from 2011-2012 and from 2013-2014, Dr. Rom-Rymer led the Illinois Prescriptive Authority Movement toward successful passage of its legislation in May 2014, earning the Governor's signature in June of 2014.

Dr. Rom-Rymer has held many administrative positions in psychiatric hospitals throughout the Chicago metropolitan region. She has also lectured extensively in the Departments of Psychiatry, at The University of Chicago, Pritzker School of Medicine, and Northwestern University's Feinberg School of Medicine, and in the Departments of Psychology, at the Rosalind Franklin University of Medicine and Science and at the Massachusetts School of Professional Psychology. Dr. Rom-Rymer has a clinical practice in Chicago and a national forensic consulting practice. She was a member of the first APA delegation (2012) to visit the health clinics, Universities, and community mental health centers, in Havana, Cuba. Dr. Rom-Rymer has given numerous lectures on clinical and forensic issues (sexual trauma, PTSD, domestic violence, child abuse, child custody litigation, substance abuse and trauma, sexual harassment in the workplace, the role of the forensic psychologist in the courtroom) throughout the United States and Canada.

Dr. Rom-Rymer is acknowledged to be a force for social change in her community in Illinois. She is on the Board of Directors of Thresholds, the largest and oldest social service organization in Illinois, serving the seriously mentally ill. She is an honorary member of the Board of Directors of Alexian Brothers Center for Mental Health, AMITA Health System, in Illinois. Dr. Rom-Rymer has also partnered with NAMI in working to provide comprehensive mental health services to the NAMI community.

Most recently, Dr. Rom-Rymer was in the Chair Trio of the APA Council Leadership Team (2018-2020) and a past member of the APA Board of Directors (2018-2019). Dr. Rom-Rymer is currently Chair and President of the Board of Directors of the National Register of Health Service Psychologists (2021-2022) and Founder, President, and CEO of the Illinois Association of Prescribing Psychologists (IAPP). In her position with the IAPP, Dr. Rom-Rymer is continuing to implement the Prescriptive Authority legislation in Illinois; consulting with State Psychological Associations, nationwide, on legislative advocacy campaigns for Prescriptive Authority; and writing a book, to be published by APA Press, on the impact of the Prescribing Psychologist Movement on the national healthcare crisis, "The Revolution in Healthcare:  How Prescribing Psychologists are Changing the Healthcare Delivery System."

*If you answered No, and you'd like to become an APA member, click here
To vote, you must be a registered APA member before September 15, 2021