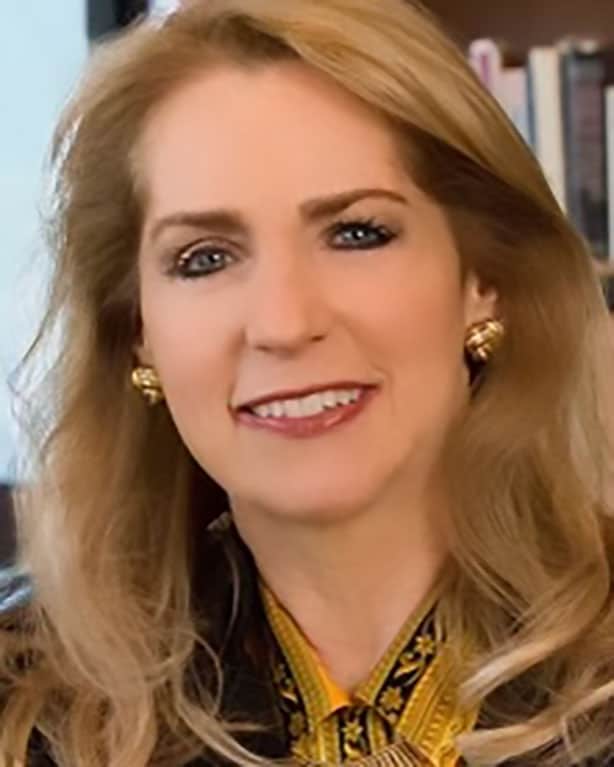 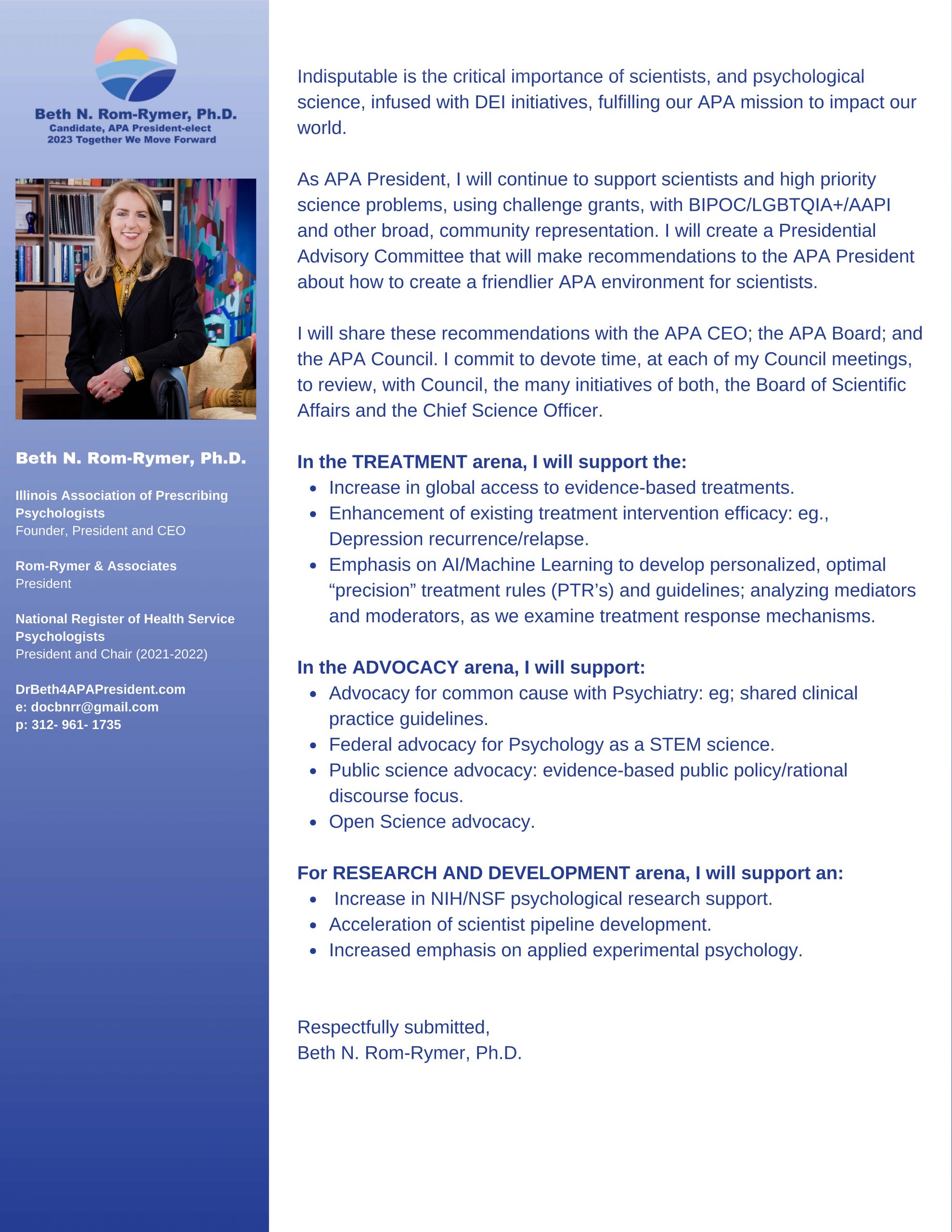 Read My Science Statement By Clicking The Button Below 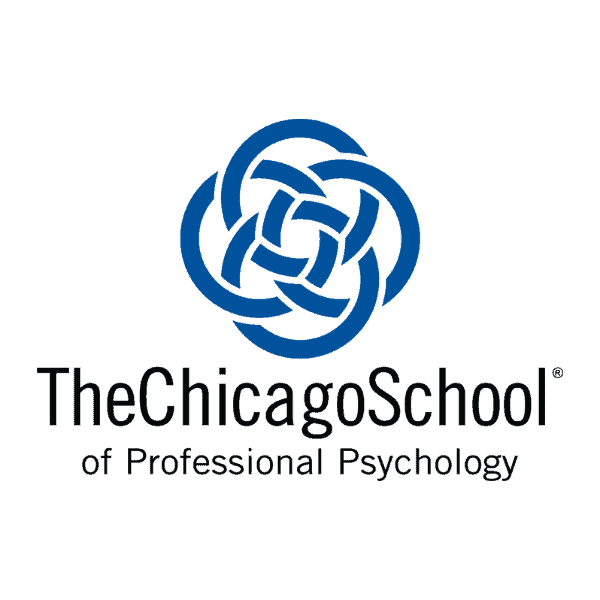 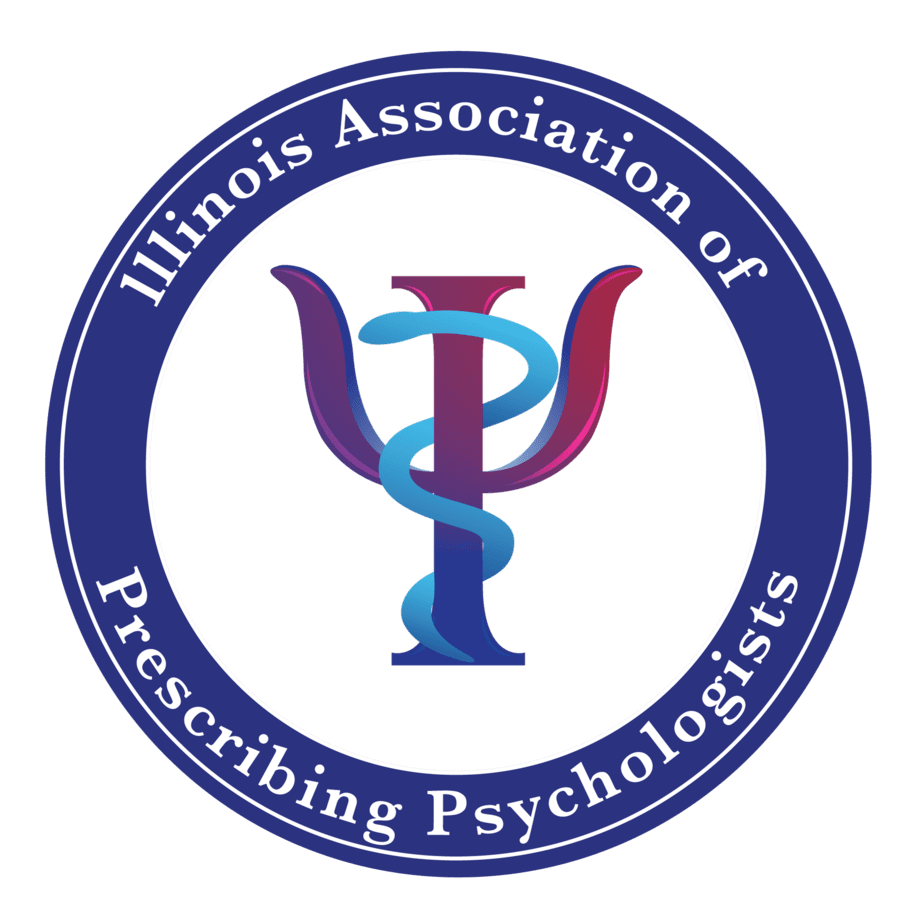 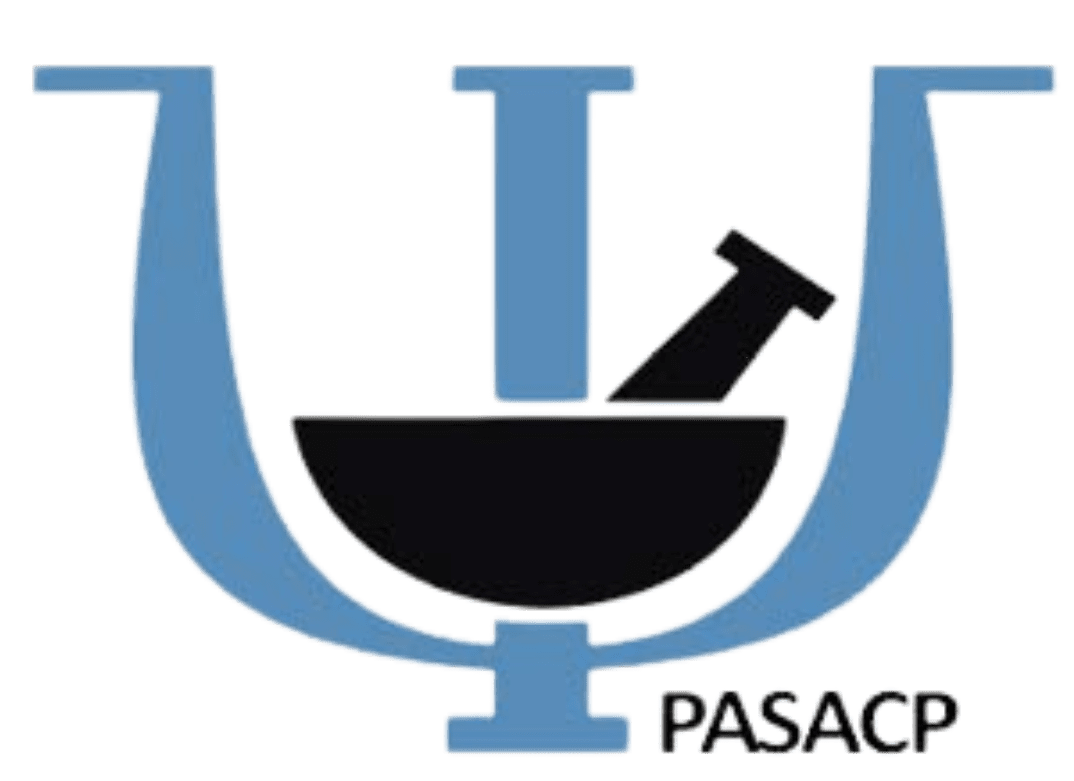 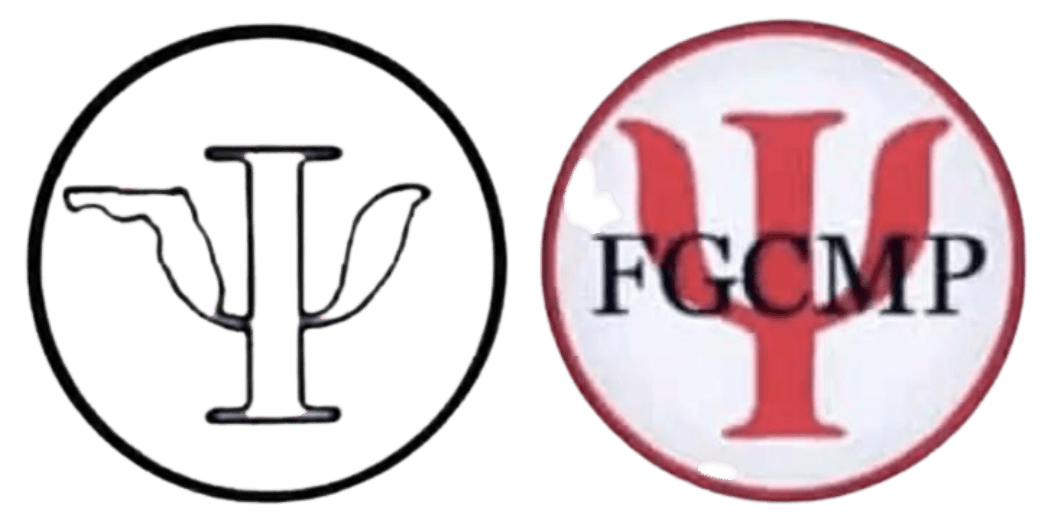 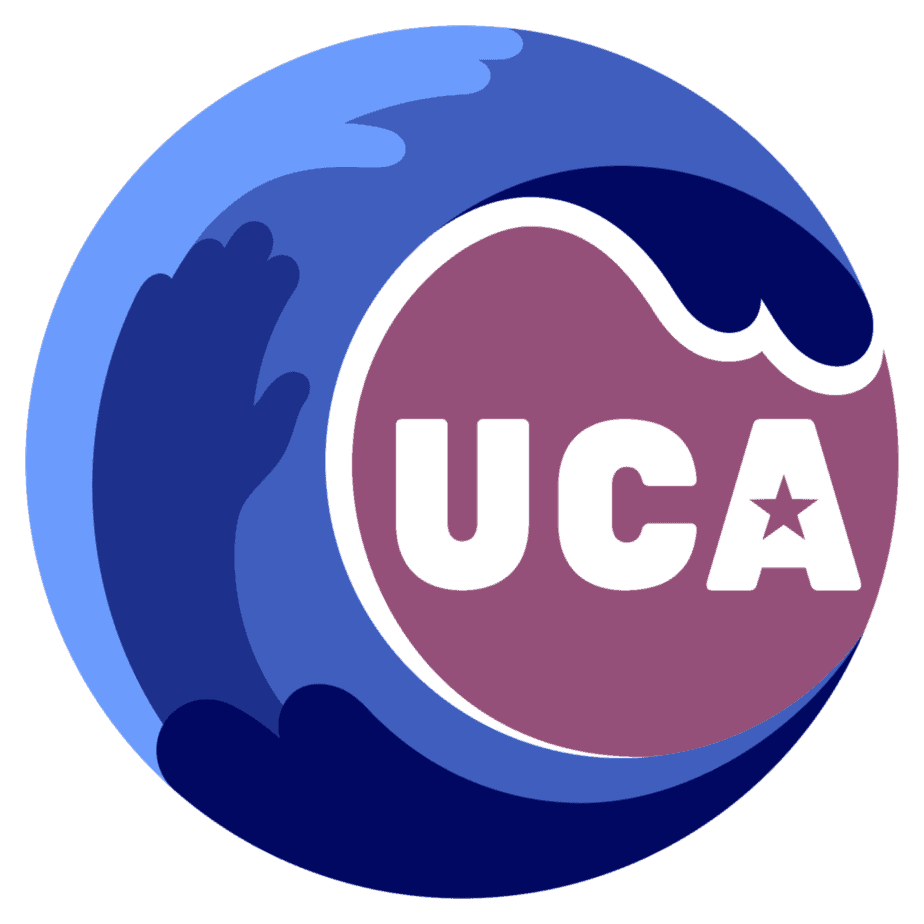 As a young girl, sitting at my grandmother’s feet, I heard about the friendly, though slithery snakes and the raucous pigs, the welcoming neighing of the horses, and the cool summer nights that she spent in the barn, sleeping in the hay with the animals.  There were also the emergency visits to the doctor, miles away, by horse and carriage, and the frightening shouts of the men on horseback, coming ever closer, threatening to burn the farms that provided a sharecropper’s home and work for my grandmother’s family and other Jewish families, fortunate to have felt a stability in the Ukraine in the late 1800’s and early 1900’s.

Soon enough, my great-grandfather, in 1909, left his home and his family in Russia, to build a new life for them in America.  On November 11, 1911, my grandmother, who was then just 13 years old, arrived at Ellis Island, with her mother and 3 younger siblings, homesick for her rural life in the Ukraine, and anxious, but hopeful about the architecture of her future life, as the family would soon reunite on the Lower East Side of New York City.

From my grandmother and my grandfather, my mother and my father, and my large, extended family, I learned about the Jewish ideals of a loving commitment to family and to social justice in our larger society.

After hearing about my uncle’s work as a clinical psychologist, I determined, at the age of 5, that I would become a clinical psychologist.  As a college student at Princeton University, having become increasingly aware of the power of the courts and legislation in shaping human behavior, I aspired to combine a study of the law with my beloved science of psychology.

In the first women’s class of 1973, at Princeton, we demonstrated the importance of the social activist’s voice.  As the first woman to be president of a residential college, advocating for student rights and the larger community’s use of our abundant campus resources, and as a summer intern for Congresswoman Bella Abzug, I was part of the women’s movement and student movement that demanded social justice for all who are marginalized and/or who are targets of hatred and violence.

In 1977, I created the Victim-Witness Assistance Unit, State Attorney’s Office, in Tallahassee, Florida, to assist violent crime victims and witnesses, in the Criminal Justice System. In 1978, I co-founded and became the first Board President, Refuge House, a shelter for women and children, victimized by domestic violence. Today, both the Victim-Witness Assistance Unit and Refuge House have significantly expanded their reach, to serve, annually, scores of thousands of women, children and men who have been victimized by violent crimes.

Throughout my career as clinical psychologist in Chicago and nationally respected forensic psychologist, I have worked with domestic physical violence/sexual violence survivors and was faculty lecturer, for many years, at The University of Chicago Pritzker School of Medicine, the Rosalind Franklin University of Medicine and Science, the Massachusetts School of Professional Psychology; and Northwestern University’s Feinberg School of Medicine, teaching the courtroom role of the forensic psychologist, especially pertaining to sexually violent crimes against women and children.

In the early 2000’s, I became a national movement leader for prescriptive authority, after having been elected president of Division 55 in 2004.  I was then President of the Illinois Psychological Association in the 2010’s and have led the successful legislative movement for Illinois psychologists’ prescriptive authority ever since.   The Prescriptive Authority Movement’s mission is to provide care for our communities’ most vulnerable and underserved, from a cadre of licensed prescribing psychologists, representative of BIPOC, AAPI, LGBT, and disabled communities.  My goal is to have more than 1,500 licensed prescribing psychologists in Illinois by 2041, thereby increasing access to the highest quality mental health care in Illinois by 100%.  I am writing a book, to be published by APA Press, entitled:  The Revolution in Healthcare:  How Prescribing Psychologists are Changing the Landscape of Mental Health Care in the United States.

Psychologists, because of our extraordinary education, training, and experience, have an impact, every day, on the lives of those who are suffering in our local, national, and international communities.  I wholeheartedly support the critical work done by clinical, applied, academic psychologists and I passionately believe in protecting clinical practice while seeking to expand practice to include: prescriptive authority; integrated behavioral health in primary care and in a variety of healthcare and medical settings; telehealth durability; community mental health; population health; and a plethora of collaborative, working relationships among research scientists and scientist practitioners, working on ways to achieve health equity.

As your President, I will walk courageously, with you, into our future.  I will listen to you with respect and compassion and govern boldly. My outreach to all of our many communities will be collaborative, intersectional, with an emphasis on scientific evidence, bridge-building, equity, diversity, inclusion, gender and sexual diversity, and working to unravel and solve our world’s toughest challenges.

I hope that you will think the same of me.

Beth N. Rom-Rymer, Ph.D. and Karla Torres Ferrer, Psy.D., with Patrick J. Kennedy, on the occasion of the annual dinner, in Chicago, sponsored by the Kennedy Forum
(October 2014)

Because of Dr. Rom-Rymer’s vision, the largest state university in Illinois, The University of Illinois, Champaign-Urbana, with over 34,000 students, now has a Pre-Prescribing Psychologist curriculum for psychology undergraduate students.  Southern Illinois University, with a little over 11,000 students, is excited about creating preparatory training opportunities for its undergraduate and graduate students who are thinking about becoming prescribing psychologists.

In the most recent decade (2009-the present), Dr. Rom-Rymer has continued to professionally contribute to psychological scholarship and training and APA governance.  Additionally, Dr. Rom-Rymer led the Illinois Psychological Association to legislative victory in 2014.

Beth N. Rom-Rymer, Ph.D. has been a pioneer throughout her life. She was in the first class of women at Princeton University, graduating in 1973.  Dr. Rom-Rymer created the Victim-Witness Assistance Unit in the State Attorney's Office, Tallahassee, Florida, in 1977, where she worked on the Ted Bundy serial murder case, 1978-1979. During that time, she also co-founded and was the first Board president of Refuge House, a shelter for surviving families of domestic violence in Tallahassee, Florida. Dr. Rom-Rymer gave a keynote talk at the 40th anniversary celebration of Refuge House. Dr. Rom-Rymer is one of the psychologists who created the field of forensic geriatrics in 2000, testifying, nationally, in cases concerning the sexual abuse of older adults in nursing homes and writing book chapters about the role of the forensic psychologist in geriatric settings.  Foreseeing the critical need for comprehensive mental health prescribers, Dr. Rom-Rymer undertook training in Clinical Psychopharmacology during the 1990's and became a national leader in the advocacy for psychologists' prescriptive authority, when she was elected the fourth president of the fledgling APA Division 55 (Pharmacotherapy) in 2004.

*If you answered No, and you'd like to become an APA member, click here
To vote, you must be a registered APA member before September 15, 2021